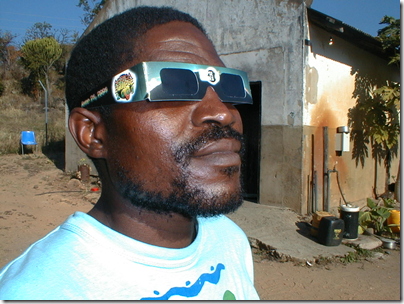 I was once in a Zulu village on the day of a solar eclipse. Feeling self-conscious of my skin colour, I asked my host what they called a white person. He smiled and pronounced a mysterious word, ‘Umlungu’, explaining that it meant ‘magician’. With something like admiration he then described the fantastic devices Europeans brought when they first came to South Africa. With a few curious contraptions such as gramophones, cameras and books, white people seemed able to capture the entire world. ‘They could persuade a chief to give away a whole valley for a piece of mirror, for in that mirror seemed to be the whole world.’ While those European saw natives as beholden to primitive beliefs, they didn’t realise that they themselves were bearers of their own magic.

Acquisition of land by colonisation is no longer the source of celebration it once was. But there is still fascination in the original scene when two halves of the world met for the first time—not just when first peoples met mysterious white people, but also when Europeans initially encountered those whom they had previously only imagined. Today, to reflect on those original encounters is to renew the sense of possibility that fate has closed off.

Adelaide based ceramicist Stephen Bowers is adept in the sense of conjunction, contact, overlap and possibility. His works – detailed and richly decorated, crowded with familiar images – are also edged round with shadows, overlaps and shards. They at once evoke a whimsical, topsy-turvy sense of wonder, while hinting at the breakage and fracture central to all forms of encounter.

Dreams of a counterbalancing netherworld can be traced back to the origins of philosophical thought itself. The early Greek philosopher Pythagoras posited that if the earth was a sphere, then it needed an antipodes to underpin or support oecumene, the known world. In his complex works, Bowers continues the imaginative preoccupation with the antipodes as a speculative mirror and source of possibility. At a time when Google Earth exposes all corners of the world to instant perusal, it is especially important to retain the space that once was a playground for our collective imagination.

Pythagoras’ notion was given more concrete form by Pliny the Elder in the first century CE. What was for the Greeks a theoretical postulate was, for the Romans, a source of wonder; imagine a world that could never know of the splendours of Rome! Pliny populated the South with imaginary creatures – antichthones that invert biological order, like the Blemmyis who hid their mouths and eyes in their breasts.

Classical authors presumed an antipodes that was radically separated from the known world of the north. A ring of fire was supposed to prevent travellers from venturing below the equator, a belief not dispelled until the age of exploration, when navigators braved the latitudes and discovered the riches that lay below.

Anxious to claim Terra Australis – the South Land – for their empire, the British imbued their own new antipodes with a mellow neo-classical turn in which the decorative arts and pottery in particular played an early role. Wedgewood, using a sample of dark grey clay from Sydney Cove collected by Governor Phillip and given to Sir Joseph Banks, created a medallion to commemorate the 1789 poem by Erasmus Darwin, ‘The Visit of Hope to Sydney Cove’. It was here that Darwin dreamt of that…

Hereafter sway the sceptre of domain

From pole to pole, and such as now thou art,

Reflecting similar evoked icons of dignified nature, Bowers draws on the specimens and representations brought back by the navigators and naturalists. He often incorporates into his work the engraved copperplate image of the kangaroo painted by George Stubbs from remains brought back by Captain Cook in 1773, and includes the animated banksia by the Endeavour’s illustrator Sydney Parkinson as well as the technicolour birds by the contemporary artist William T. Cooper. 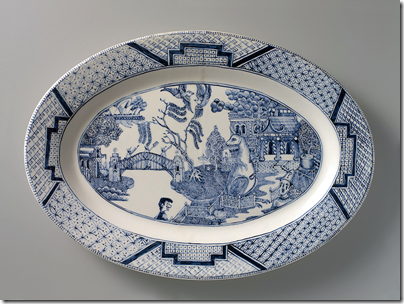 But it was not until Sydney of the late 1960s and early 1970s that the antipodean adventure seemed to reach its zenith. ‘It was time’ and culture, it seemed, had awakened; Australia was coming of age. Sydney was then a cornucopia of writers, wits, artists and creative eccentrics. On TV, the Mavis Bramston Show, followed by Aunty Jack, celebrated distinctively Australian variations from an increasingly remote English norm in content, accent and attitude. It was within this encouraging scene that we can locate much of Bowers’ formative creative inspiration.

Between 1970 and 1973, and inspired by van Gogh who had sought to escape Paris by starting a community of artists in the south, Martin Sharp developed an artist’s collective, The Yellow House, in Macleay Street, just down from King’s Cross. Sharp, with his incisive illustrative involvement with the satirical and incendiary OZ magazine and recently returned from creative years in London, was ready for a focus for his vision of creative evolution. Membership of the Yellow House was casual and diverse; at any time one might find the likes of Aggy Read, Dick Weight, Brett Whitely, Bruce Gould, Peter Weir and George Gittoes. Thanks to Sharp’s cultured affability it was not an exclusive club; anyone who strayed into the house was invited to work on its walls.

One day, a young Stephen Bowers wandered in and discovered Sharp engrossed in work at a large table. Looking up, Sharp said hello and pointing to some money on the table, asked if Stephen wouldn’t mind going to the hardware shop to buy some black and white paint. On return, Sharp asked Stephen if he knew the work of surrealist painter Rene Magritte. Soon, Stephen was assisting in painting an entire room according to Magritte’s ‘stone room’ painting (ceramicist Joyce Gittoes later produced clay figurines to complement the setting). It became a legendry trompe of a trompe l’oeil.

Vestiges of the Yellow House can be seen throughout Bowers work. We can discern the word ‘Eternity’, which Sharp had discovered chalked through the streets of Sydney in copperplate handwriting by the illiterate soldier, Arthur Stace. Sharp had an eye for locality and identity and championed Luna Park, as a kind of psychic key to Sydney’s identity. In the same vein, Bowers developed his own take on Australian culture, adding to the carnival of images such characters as Boofhead and the Bondi lifesaver.

Bowers however is not limited to the Australian menagerie. He continues the long ceramic traditions of depicting whimsical, imagined and fantastical realities, as can be seen in his interpretations of the idealised harbour, archipelagos and floating islands of the willow pattern. Under Bowers’ exacting brush, this pattern unfolds as a map of imaginary voyage, migrating even onto the iconic forms of Staffordshire dogs.

More than just a conduit for the past, Bowers has inventively developed his own graphic language. His ceramic plates use the eye of the cockatoo as a centrifugal centre which focuses the storm of energy that circulates around it, which can be either integrated and connective or chaotic and fragmented – or both. As a cockatoo can shred human shelter with its beak, so too it seems to unbind decorative art history, leaving shreds of wallpaper and shards of Chinoiserie. The bird’s eye provides a powerful fulcrum for this energy.

Among the many techniques in Bowers’ work are layers of marbleised background and other faux surfaces, fine brushwork detail, on-glaze enamels and gold lustre, stencilled reserves, air brush and drop shadow. Thanks to Photoshop, this last feature has been a ubiquitous effect in digital graphics. In his ceramics however, Bowers uses it to enhance the sense of floating fragmentation and the drift and vertiginous flow of elements in his compositions.

These and many other pictorial devices contribute to a visual feast, to which he continually adds new ingredients. But Bowers is not only a skilled graphic artist; he also knows how to bring out the best in those around him. Concentrating on glazed decoration, he has long collaborated with the highly skilled Adelaide potter Mark Heidenreich, who throws all his large blanks for decoration.

It is hard to find peers for Bowers. To my mind, his closest comparison comes perhaps not from ceramics, but from gold and silversmithing. Like Bowers, the Melbourne artist Robert Baines has persisted with a strong interest in the antipodes. Baines has enjoyed a similar mix of sacred and profane in his ornate metal sculptures, and is certainly not shy to exhibit his prodigious craft skills. Both Bowers and Baines offer a rare classical aesthetic in Australian craft culture. They are drawn to the wisdom of the archive while remaining true to their place in a contemporary Australia.

Today, the Yellow House is as unreal to us as the yellow brick road in the Wizard of Oz, and as distant as the legendary antipodes once was to the ancient Pythagoras. It is thus even more important to retain the horizon of wonder and play on which imaginations flourish. We are fortunate to have such a dexterous hand as Bowers’ to guide us back to the lost world where we live today.